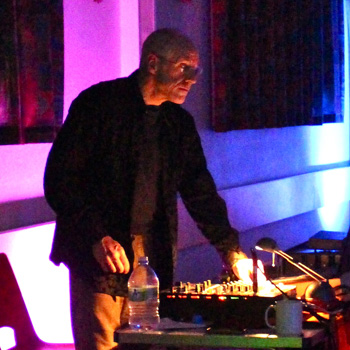 Since his 1960s school days, Robert has enjoyed dancing. In the 70s he discovered the delights of country dancing and ceilidh. In London in the 80s he was introduced to the free-style, improvising, no-alcohol, no-smoking discos such as Whirl-Y-Gig and the Barefoot Boogie (precursors to the conscious dance trend). In the 90s the revelation was 5 Rhythms. In the 2000s it was the dance club scene.

In 1998, Robert, with the help of friends, organised no-alcohol dances on the style of Barefoot Boogie. They became a popular way to meet, socialise and dance together and often involved collaborations with other djs and local musicians.

He has savoured other forms such as salsa and tango. More drawn to contact improv and contemporary dance, he has taken various workshops and courses. After a back injury in 2008, somatic movement practices, such as Continuum Movement, Feldenkrais, have influenced his movement style.

The last decade has seen Robert move into what he calls Music-Led Dance — dances guided by music only. He describes Music-Led as “a platform for on-going experimentation”.
Alongside this he has also held, in collaboration with others: Men Dance! - a series of dances for men only; Experimental Soundscapes - with Noel Perkins offering a very different palette of sound to move to; Slow Dance with slow, ambient music.
In 2017 he began Sharing Movement that offers, through a small, closed group, ways to widen and share movement and dance practice.
This led into yet another collaboration Enquiry Into Connection with artist Henrietta Paine.

Since 1999 Robert's connection with the IBF (International Breathwork Foundation) has led to him being a popular dj and sound desk person at the annual international GIC (Global Inspiration Conference).

Another strand has been Music-Led Live! which combined recorded music with live improvised playing – held first with cellist Fran Andre, then later with  pianist Beth Coombes and with harpist and singer Jessica Joy Allen.
Music-Led and Story, with storyteller Alexa Smith, was an experiment to bring non-directive dialogue into the movement space.

Currently, he is the main co-ordinator for the Totnes Dance Collective.
Many of his mixes can be heard on his Mixcloud page.

"I make a distinction between dance and movement: dance is an interaction with others, whereas movement has an inward focus. Although I have not (yet) trained in any practice, for two decades I have regularly danced what I call Embodied Dance: dance such as 5 Rhythms, Soul Motion, Movement Medicine.

Sometimes, all goes well; the body moves, there is joy. Sometimes I am in a hard place; movement is uninspiring, repetitive, even painful. Regular practice and time have shown me that continuing to move, listen and enquire, a hard place changes and a fresh movement landscape can emerge. This is always immensely nourishing.

As this body ages, I am drawn more to stretching and slow moves. An evening’s dance can seem too short; a weekend is needed to really feel that I’ve travelled from movement to wake up the body into dance: the state where the body does it’s thing." Robert

"Robert. I feel moved to acknowledge your drive and creativity in the way you have repeatedly offered interesting and innovative dance spaces over the past 20 years. I realise that I take it for granted, and that actually it is part of your gift and offering to the world and is something to deeply appreciate. "
Olly Hurd-Thomas 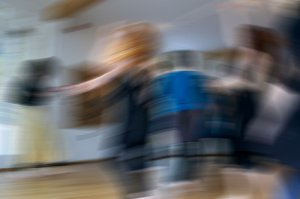 Either drop-in on the night with £12 cash or, to pay online, use the BookWhen link below

Tonight Leela Fisk is unwell so Kay is holding this evening